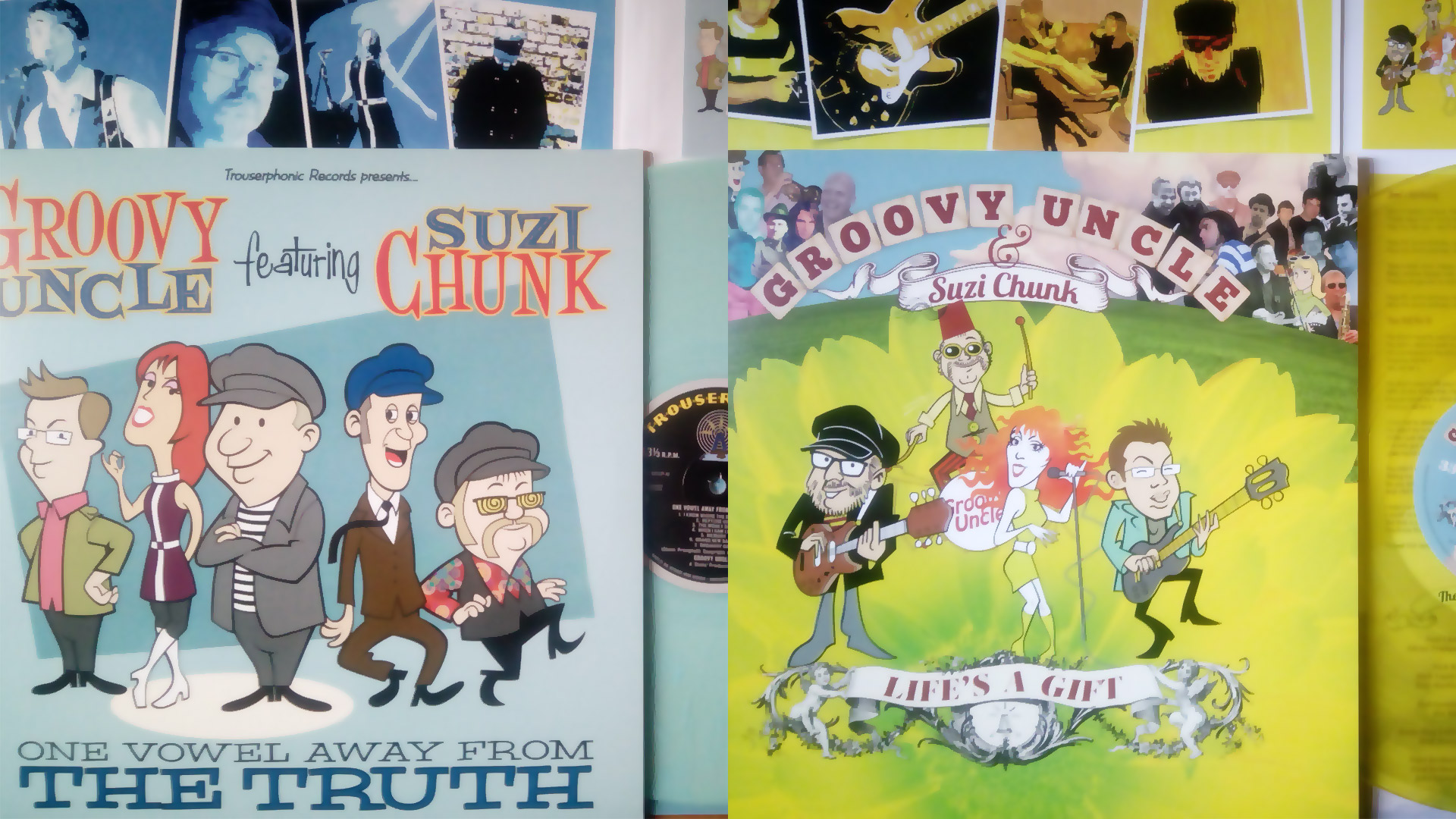 ‘One Vowel Away From The Truth’ now available on translucent baby blue vinyl. ‘Life’s A Gift’ now available on translucent yellow vinyl. Both albums are limited editions of 125 copies only and include download card, sticker, hand numbered lyric sheet, postcard and poster signed by artist Jonathan Ash. Get yours today at the Trouserphonic Shop page.

In 2013, after releasing two LP’s (‘Play Something We Know!’ and ‘Girl From The Neck Down’) and two singles (‘Monkey Trousers’ and ‘Look Back And Laugh’) on the State Records label, Groovy Uncle and Suzi Chunk  found themselves in the predicament of having a brand new album in the can but no record label to release it on as State had already reached the decision not to put it out.

This left GU head honcho Glenn Prangnell with the problem of what to do next. Going by his own previous  experiences and those of some of his contemporaries, Glenn decided to put the album out himself  and thus, ‘One Vowel Away From The Truth’ (ZIP 1 UP) became the first in a series of regular releases on the band’s very own Trouserphonic Records label.

Although the label was initially set up as a platform for the Groovy Uncle project, in 2018 ‘A Very British Blues Explosion’ (ZIP 6 UP) by Jim Riley’s Blues Foundation became the first non-GU release for Trouserphonic Records.

‘All Things To All People’ (ZIP 8 UP) by The Pastel Waves was released in 2019 followed by the debut album from Big River, ‘Redemption’ (ZIP 9 UP).
To mark 10 years of Groovy Uncle, Trouserphonic Records will be issuing ‘One Vowel Away From The Truth’ and ‘Life’s A Gift’ on VINYL for the first time on 10th February, 2020. Both LP’s will have a limited run of 125 copies on translucent BABY BLUE and YELLOW VINYL, respectively.
Later in 2020, Trouserphonic Records will be releasing GU’s 8th album, ‘The Man Who Calls The Shots’ featuring Miss Modus. 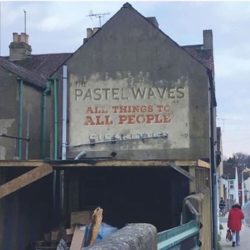 Released on Trouserphonic label on 20 March 2019 and…

Scroll back to top
This site uses cookies: Find out more.